NEED IN TIME FOR CHRISTMAS? CHECK OUT OUR eGIFT CERTIFICATES! 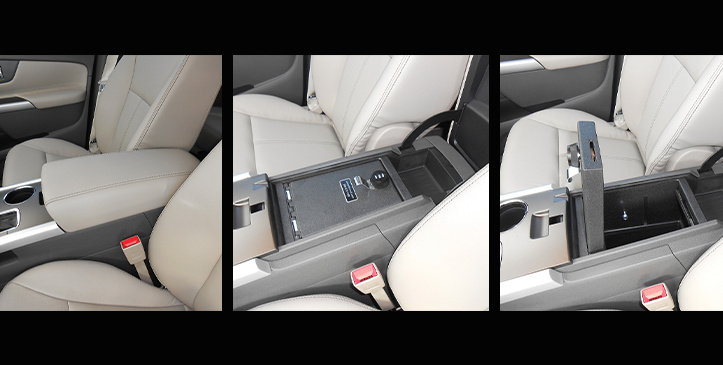 Every course on basic gun safety starts with having your guns placed in a secure location and Console Vault safes do just that!

Posted by Console Vault on 1/12/2021
Conversation with David S Jenkins Founder / Primary Instructor - Rochester Personal Defense, LLC, NRA Training Counselor/Instructor, USCCA Training Counselor/Instructor and Handgun Combatives Instructor
By Scott Bonvissuto, Co-founder of Console Vault, The Original In-Vehicle Safe.
I had the pleasure of talking with David Jenkins about his experience in personal defense and his opinion of the Console Vault In-Vehicle Safe. Following is an overview of our conversation.
Scott Bonvissuto: How did you get involved in personal defense?
David Jenkins: I became a shooter in 1989 and soon after, got the bug to share my knowledge with others. After being certified in 1993, I grew as an instructor and started doing a lot more. In 2005, I started getting even more involved in the training and self-defense aspects and saw that there was a real interest to have me start Rochester Personal Defense, LLC. I was able to fill a need people were looking for in handgun training, target shooting, plus conceal carry instruction.
SB: How did you find out about the Console Vault In-Vehicle Safe?
DJ: I had a couple clients who stored their handguns in those clam shell metal boxes under the seat only to have someone break in, cut the cable and steal their handgun. In New York, they will usually suspend your permit when you lose or have a handgun stolen. Then, you may have to go before a judge who requires that you take an education course before getting your permit back. I had the opportunity to talk to the judge who oversaw this case and he showed me the Console Vault website and said “I have this product in my truck. I pretty much feel that this is more than adequate” and after meeting with him we agreed that the Console Vault was a MUCH better option than the others.
SB: Can you share some stories about people who have had positive experiences using the safe?
DJ: Two of my students who had a Console Vault in-vehicle safe had someone enter their vehicles. There were scratch marks on the lid where the thieves tried to pry it open but could not get in. They had broken a window to get in the car and stole quite a few things that weren’t in the safe. Overall, all the items in the Console Vault safe remained in there.
SB: Are judges more lenient if your car or gun gets stolen and you have a Console Vault In-vehicle safe?
DJ: I am speaking about New York jurisdiction where the judge will give temporary suspension if the car with the handgun in the safe is stolen. The judge will have to suspend their permit but wouldn’t fault them and just suspend it until they complete an education course. But the judges usually will be more lenient, yes.
Personally, I have looked at other so-called safes from other companies and I have broken into these easily. The average car thief will not spend time trying to break into a Console Vault safe because it slows them down quite a bit and it is nearly impossible to crack it open. It would take a heavy-duty drill or cutting saw and other tools and the average thief won’t show up with all those tools
When I talk about the in-vehicle safe with my students, I point out that if you don’t have a Console Vault safe and just leave your handgun in a glove box, or unsecured console, there is a possibility you could lose your handgun, lose time at work along with the angst and worry about where your stolen handgun could end up and possibly be used in a killing.
There is a way to have peace of mind with a Console Vault safe that is almost like cheap insurance to not lose your handgun and also protect your valuables. Every course on basic gun safety starts with having your guns placed in a secure location and Console Vault safes do just that!
Previous Post
Next Post
Quick View